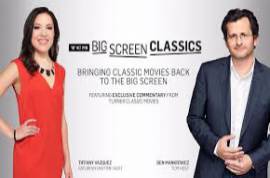 Fathom Events, Turner Classic Movies, StudioCanal and Rialto Pictures celebrate the Producer’s 50th birthday by launching a series of classic movies for country-wide cinemas in a two-day special event, which also includes special comments from Turner Classic Movies. When the Great White Road King, MaxBialostok (Zero Mostel) leads to the romance of old women to fund their performances about failure. But when a nerve accountant, Gene Wilder, believes that there is more money than the failure is alittle more than a punch. The next step is the production of Berkeley Springtime music for Berlin for Hitler. And throw a stone flower from the Children’s Forest (Dick Shawn) to the head. A real failure, is not it?